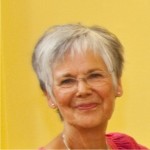 I came from Cambridge to Hampshire, via Glasgow and Malta, briefly; the beautiful flatlands to the sunny south. From long horizons and high, wide skies, nothing blocking the view to the edge of the world, which is where I am most at home.

And to writing …
It was called Composition when I was at school, a lesser skill to précis and critical analysis, so even when I showed flair in creating stories, fiction, it was dismissed as merely a way to improve handwriting.
For many years I wrote copious letters to an absent husband; a cross between diary and sop for loneliness at both ends of the postal chain.
Much later I was allowed to believe it a legitimate craft when studying for my English and Related Arts BA, people valued what I did; poems, short stories, even though my original intention was to hone a skill and confidence to write letters of protest to my MP and The Guardian. Even to get a job.
I became a teacher of English, not a first choice but an education in itself, and I met some super young people along the way. And learned to love books even more.
An MA in Creative Writing secured a belief that I was a writer, gained a Distinction and my dissertation produced the novella, ‘The Eye of God’.
Three short stories published and poems in anthologies felt good.
And then the agent, who wanted to be my agent, liked two novels, ‘A Retrospective’ and ‘The Angel Child’.
It is now a compulsion, to write, draft, redraft, as Flaubert advised, to comb it like hair to make it shine.
The best book ever written, ‘To Kill a Mockingbird’.

An independent author of literary fiction, engaging the reader in compelling plots, exploring the frailty of human relationships. The finely-drawn characters are brought to life in evocative language. The expression of place and season that hold the stories together is spare but telling. Suspenseful thrillers, mystery, magic realism, convincing tragedy and romance. Five novels have been published in paperback, Kindle and iBooks formats.